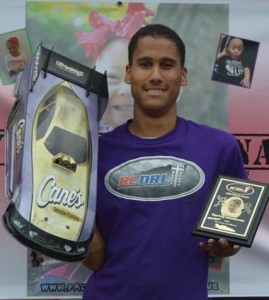 The Radio Controlled Drag Racing League (RCDRL) was founded in March of 2013 with the desire to provide the young, young at heart, and those with special needs the opportunity to enjoy and compete in the thrill of drag racing competition.

Josh has Asperger’s Syndrome and while it has been a challenge at times, he is a blessing to his family. Josh has never been able to play competitive sports due to issues related to his condition: social cues, peer interaction, coordination, etc. However, Mike wanted to find something that he could share with his son that would also give Josh the opportunity to participate in a competitive environment.

Prior to the start of RCDRL, the Mercadels, Mike and Kelly, were a seasoned drag racing family. Their older daughter, Rebekah, was a NHRA Junior Drag racer during her teenage years. Mike thought this could also be an outlet for Josh. Josh, however, wanted no part of it. Driving the cars was overload for his senses. Then in 2012, the start of a new adventure began to unfold.

During the Christmas season, Josh begged for a particular gift: a radio-controlled race car. Seeing how much Josh wanted this and the enthusiasm he seemed to have for it, Mike went for it and bought him the car, the newly released TRAXXAS Funny Car. He also bought one for himself so they could race together. After realizing how much fun he and Josh were having racing each other, Mike convinced a friend and his son to join in on the fun.

At that point, the wheels started turning in Mike’s head, and he thought how cool would it be to get a few families together and start a league. And, with that, the RCDRL was born! What started as a hobby for a father and his son is, as of today, a complete league that encompasses three states, Texas, Louisiana, and California, with about 350 registered participants and about 200 current paid memberships.

“We not only do this because it’s fun, but because we can offer a platform that allows everyone to compete on an equal level” says Mike. 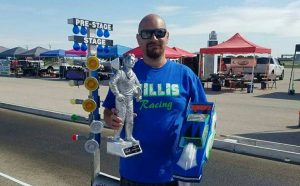 We also take a special interest in helping those around us. The RCDRL makes contributions on a regular basis to charities such as:
• Autism Speaks
• Coleson’s F.R.O.G.
• National Children’s Cancer Society
• Plus many others

We believe in giving back and helping others. We have the benefit of having fun and loving what we do; and being able to help those in need is a large part of that.

*Stats are since the inception of DragTrac. Participation numbers by the state do not add up to total unique participants because some racers are counted in each state as they travel. Participants comprise the count of distinct racers at each venue.