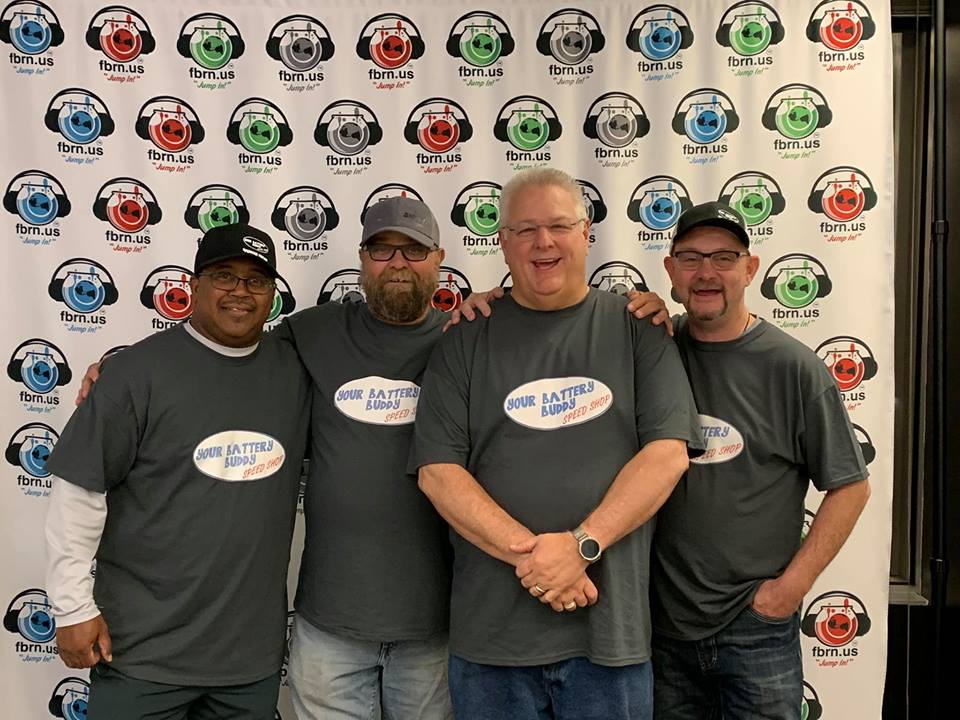 Join Jilly Milly as she welcomes in the Your Battery Buddy owner Norris Graves and his team Dewayne Shipman, Joel Shipman, and Duncan Jones while we talk RCDRL history and get to know these guys better. We found out how they became a team and what classes they run and much much more.
President Mike Mercadel surprises us in the studio and we take a call from a very special guest Samantha, mother of TJ and grandmother of his Angels, as we discuss a very special race coming up. TJ’s Angels race is set for 4/27/19 to help raise funds for the young children left behind and to raise awareness beyond our league.

We had a blast in the studio with this group of guys! We talked about racing, batteries, trackside shenanigans and rabbits! If you missed last nights live show, don’t worry the podcast is HERE!